Act of presentation of Forum results and Policy Brief – FFM

More than 30 women participated on Saturday December 3rd at the Maison de quartier st Geneviève in the 10th district of Marseille to the meeting organized by the Forum Femmes Méditerranée in collaboration with the association Atouts Femmes.

It was about presenting the recommendations elaborated by the partners of the European project FORUM on the intercultural dialogue and the civic participation against the stigmatization of the migrants and the refugees. We had chosen to intersperse the more political background issues with poems and stories of exiled women. Esther Fouchier presented the context of this European project led by the Centro de Iniciativas de Cooperación al Desarrollo of the University of Granada (Granada, Spain), in partnership with Akina Dada Wa Africa (Dublin, Ireland), Centro de Estudios e Investigación sobre Mujeres, Malaga, Spain), European Network of Migrant Women (Brussels, Belgium) and Le Fate Onlus (Verona, Italy).

The 6 key issues were presented along with the 76 recommendations, the deputy Mr. Lionel Royer-Perreaut and Mrs. Anne-Marie d’Estienne d’Orves, the mayor of the 9th-10th district, gave their points of view on several issues. During the event, a debate started about the policy brief and the demands included, being interested in the recognition of the diversity of the level of education, professional experience and the formal and informal skills of migrant women. 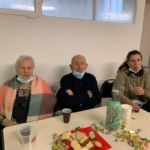 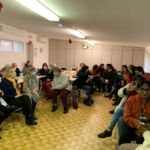 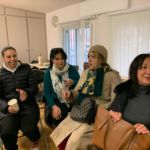 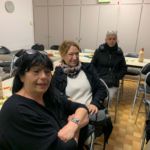 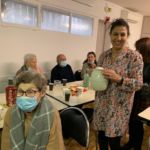