Book Launch – “Migrations and the African Population in Spain” – UGR

On Tuesday 23rd of November, the book launch of Migraciones y población africana en España. Historias, relatos y prácticas de resistencia (Migrations and the African Population in Spain.  Histories, stories and the resistance practices), coordinated by José Manuel Maroto Blanco and Rosalía López Fernández was presented with the participation of more than 40 attendees.

The presentation consisted of two parts, the first in which José Manuel and Rosalía discussed the development of the various chapters of the book, explaining their execution and the relevance to the issues of the African communities in Spain. We also relied on the presence of Fernando López Castellano , the director of the Colección Periferias, edited by the University of Granada.

The second part included the participance of one of the protagonists from one of the chapters, Assane Dieng, who is the president of the Association DARAY Coki solidaridad. Assane spoke to the audience about his migration  journey from Senegal to Spain in 1988 and the very different migration context in which he found. The solidarity and support for migrants in the 1980s and 1990s provided a network of people protesting against his deportation, writing letters to politicians, eventually successfully fighting for his regularization and incorporation into Spanish society.

His account was very powerful and heart-warming, inviting many attendees to reflect on the differences in the migration context of todays society compared to that of 30 years ago. This was an enriching experience and we thank Assane for his presence, along with José Manuel, Rosalía and Fernando for the creation of their inspiring book, attempting to change the way the African community are seen in Spain. 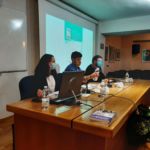 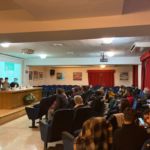 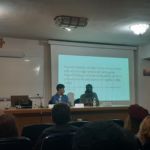 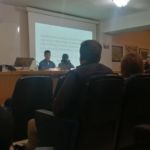 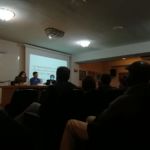