On October 27th, 2021, the discussion group “Taking action against human trafficking: Approaches and Support Processes for Survivors and Victims”,  organised by CEIM and Mujeres en Zona de Conflicto (MZC) took place in Sevilla, counting on 30 participants from different fields directly involved in the attention and work with migrant women at risk of sexual and labour exploitation and potential victims of human trafficking.

Firstly, they mapped the situation in specific areas (Madrid, Extremadura y Andalucia), attempting to figure out the situation in these territories,  studying real or strong-evidence based cases of both labour and sexual exploitation. In addition, they reflected on the difficulties in detecting trafficking for labour exploitation, exacerbated by the current situation in which precariousness of work has become generalized. People and organizations that are working in Spain, in the field of migration and gender-based violence,  fighting against trafficking and sexual exploitation are increasingly finding labour exploitation cases. Despite the growing awareness about this problem and, therefore, the investment of more social resources, there is a lack of knowledge about this kind of violence and there’s a lot of work to do.

Finally, potential indicators and relevant legal frameworks were explored for the attention and protection of women and girls at risk. Furthermore, they are asking for more active participation of victims in support, prevention and protection from the trafficking processes and programs, as well as in developing campaigns for raising awareness and proventing social incidence.

Thank you very much for participating in this focus group and working together for committing to end to this violence. 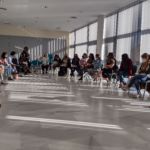 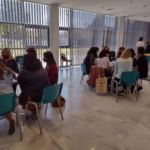 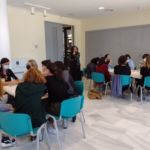 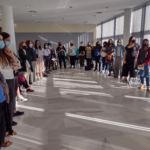 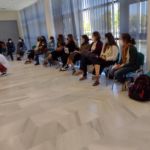