The Intercultural Dialogue café “Memories of Exile” started at 2pm on 10th March. The, at 3pm there were parallel creativity workshops with the making of organic cosmetics, jewellerly, ceramics, led by the “Ceramist and Artists of Lilith” and a writing workshop led by Esther Fouchier, founder of FFM.

The event closed with a song by Yasmine Mouloud, author-composer-performer, who interpreted pieces of love and peace, in a soft and lively style, in Arabic and Frech. Her songs with Mediterranean influences, tinged with Saharan blues, were accompanied by moderns and traditional instruments.

This exchange was a moment of sharing and dialogue between all participants. During it, participants read some extracts of poems, various texts and, in particular, thouse extrated from “La Traversée des Macarionies” a book written by Marie Françoise Montebello. 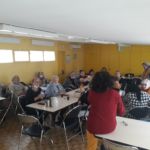 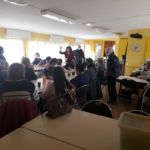 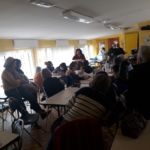 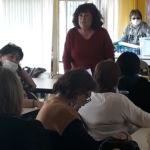 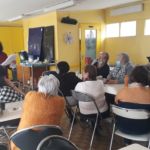 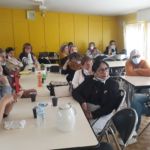 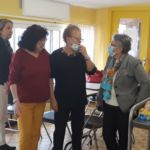 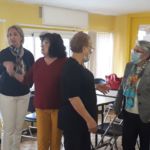 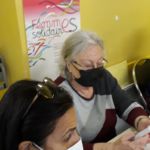