Conference “Migrant women in Europe, the challenge of equality” – FFM

On December 6, Forum Femmes Méditerranée organized a meeting both on-site and online which counted with 23 participants. This meeting had the merit of being held both face-to-face and by videoconference in a central location in Paris, near the Senate, in the premises of the Cité Audacieuse, a school made available to the Women’s Foundation by the Paris City Hall. It is a local shared by many Parisian and national feminist associations. We managed to get this initiative co-organised by the French Coordination of the European Women’s Lobby, which represents about 80 associations in France and is the French branch of the European Women’s Lobby, which brings together 27 countries and several thousand women’s associations in Europe.

Esther Fouchier, President of the Mediterranean Women Forum, introduced this meeting by presenting the current political context with the European Union and its member states security approach of migration policies. She particularly insisted on the fact that the European Union internal borders are not for migrants from Africa or Eastern countries, 246629 of them having
disappeared in the Mediterranean since 2014 as stated in the draft document.

The document reaffirms that human dignity, equality and human rights are values of the European Union, and that the Charter of Fundamental Rights implies the right not to be discriminated against. She chose in her intervention to present only 3 of the 6 themes of the project: MIGRATION POLICIES REGULARIZATION AND LEGAL STATUS, VIOLENCE AGAINST WOMEN AND GIRLS (VAWG), EMPLOYMENT AND EDUCATIONAL/VOCATIONAL QUALIFICATIONS. On each of the 3 themes selected, she detailed the main recommendations, with particular emphasis on values, particularly those that decide to put people at the center of public policies instead of security. The universalism and indivisibility of rights particularly attracted the attention of the panelists.

In a second time Adama-Sira LE BLAY, presented her association Olympe which holds public legal offices in several districts of Paris and the Paris region by presenting concrete cases of people received recently, she raised public awareness of the difficulties of migrant women suffering violence and not being properly welcomed in police stations. She insisted on the increased difficulties since the pandemic with the change of procedures since the prefectures no longer receive the public and that the application files for regularization of nationality must now be completed online, which implies that associations must be more involved with the public concerned whereas initially it was only a question of checking whether the paper documents complied with the authorities’ requirements. They are therefore subjected to a triple violence relating first to the lack of right to leave one’s country, then during the route to extreme conditions as regularly illustrated by current events and finally to the complexity of the rules of law and their application. She stressed that women’s autonomy should be used as a barometer of women’s equal rights and a measure of the effective universality of rights.

The 3rd speaker Marie Josèphe DEVILLERS from CIAMS (Coalition for the Abolition of Surrogacy) presented the results of the survey conducted with the European Network of Migrant Women which revealed the 3 patterns of human trafficking in relation to women’s reproductive capacity:

She concludes with the various offensives by groups of experts to have the use of women’s wombs and the commercialisation of their motherhood recognized in law in Europe.

Noura RAAD, co-president of the “European Network of Migrant Women» detailed the European Network of Migrant Women involvement in the fight against prostitution, a violence against women and definitely not a profession. During the debate, several speakers present by videoconference confirmed the non-application of French law by certain police officers who refuse to register women’s complaints on the grounds that “violence is allowed in your country”. The exchange of questions and answers highlighted the importance for migrant women to know their rights and ask for help, to have them recognized as interlocutors without dependence on the national spouse, but also to ensure the full implementation of the 2016 law on exiting prostitution. Finally, beyond information upon their rights and their full implementation, the need for recognition/validation of their level of training and the desire to examine the possibilities of establishing local voting rights were affirmed. 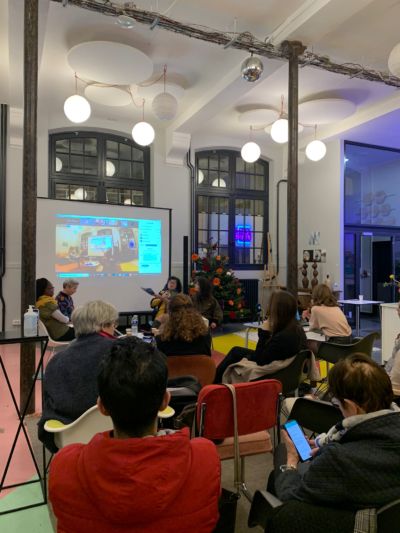 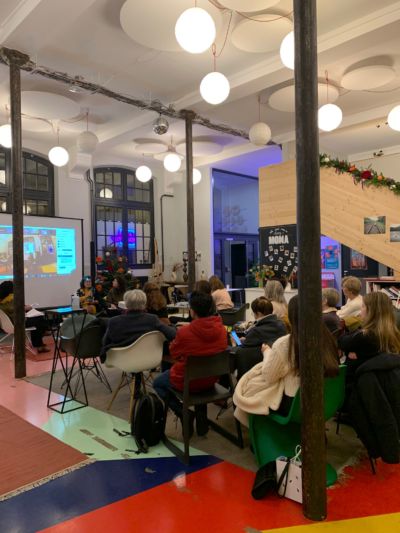 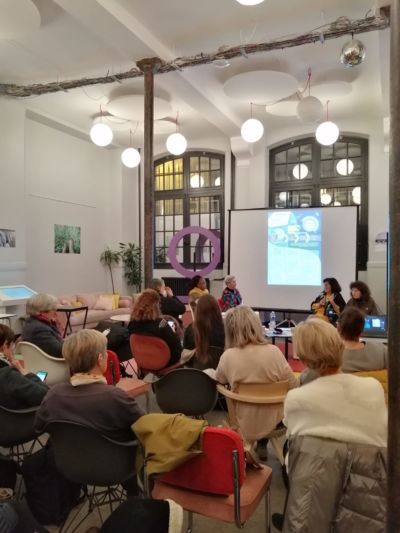 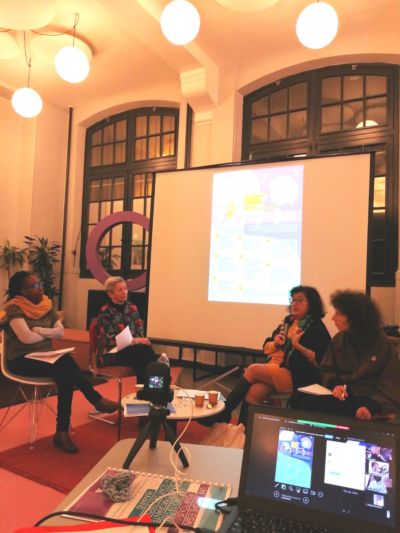