Online Course “What is happening on the Southern border of Europe? – Migration Policies, Human Rights and Citizen Participation” – UGR

The online course organised by CICODE during the month of November, involved talks and discussions with  various partners and speakers working on issues of migration policies and current realities of the migrant situation in the Spanish state, and the context that this has for the European Union.

The course was divided into 6 sessions and 2 accompanying events.

The First: Governance and Political Migration and Asylum in the EU and Spain.

Marco Aparicio Wilhelmi, from the Observatorio DESC and Universidad de Girona opened the course giving contextual information on the current situation of migration and asylum processes. This provided the basis for many concepts and processes that were developed in the following sessions.

The Second: Weaving networks for political participation of migrant women in Granada.

Carolina Escobar-Blanco and Vanina Vinaja Pascual  from Colectivo Sirirí: Mujeres Migrantes Creando gave a interactive session on the situation of migrants women in Granada, giving attendees a chance to work together in groups and creating a political space for the discussion and the voices of migrant women to be raised.

The Third: The industry of migration control – Who wins with politicised borders of the European Union?

José Antonio Bautista y Ana González de Páramo from Fundación Por Causa gave a critical presentation on the current situations of migration control in the EU and Spain, proving attendees a chance to engage in the often hidden realities of the governmental bodies upholding the concept of ‘Fortress Europe’.

The Forth: The logics of racism: going further than class and race

Paula Guerra Cáceres gave an insightful discussion on the concepts of post-colonial studies and decolonial feminism, providing attendees with a basis of why we have to be anti-racist, to combat the institutional racism which upholds western society.

The Fifth: Feminist Analysis of violence in the borders

Silvina Monteros Obelar from ESCODE – Estudios y Cooperación para el Desarrollo developed an analysis on the multiple violences that migrants women face when residing in Spain, and the problems they face when reporting.

The Sixth: A life breaking down barriers: African Women and Human Rights in Andalusia

The course was attended by over 50 people over its three week duration and the feedback was that it was very informative and inspiring. We thank all of the speakers and the attendees for their active and dedicated commitment for changing the perspective of migration. 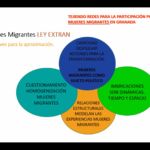 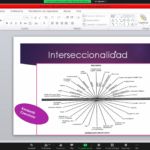 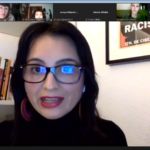 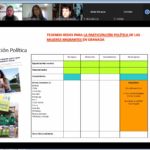